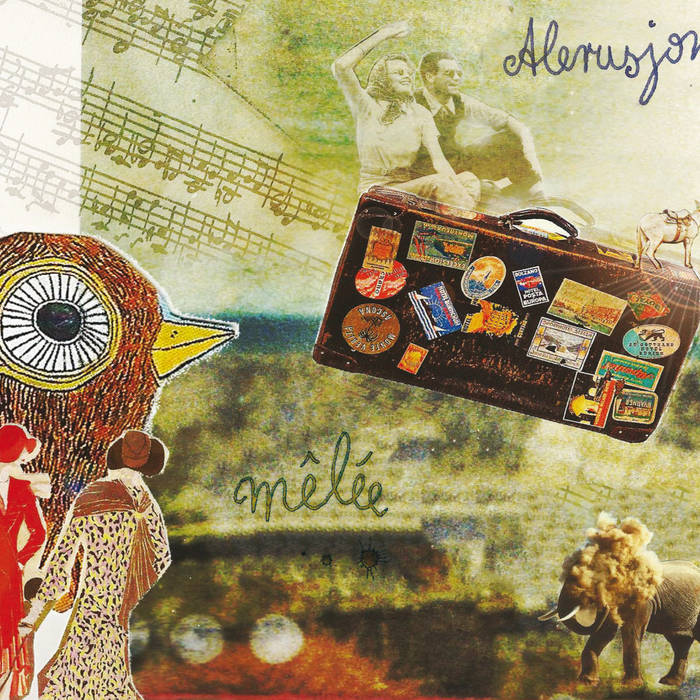 We are Alerusjon, and this is our first musical statement to our friends, and all those who discover this CD on their, or someone else's, music shelf.

It might be amusing to say so, but all of the music on this disk is almost as brand new and unexpected for us as it is for you. Everything was composed and (somewhat) arranged at least, but the thread that runs through the album is improvisation at all stages of the production – tying together the strengths of all the great artists who collaborated with us.

A debut with collaborations? Yes, for this is a very special debut. We play with 9 friends from Central-, Eastern- and Western-Europe. You’ll hear Romanian, Latvian, Azerbaidjanian, Russian and English lyrics on the record, while the music is flavoured with Brazilian Choro, Bossa and Samba, Indie, Baroque, Jazz, Minimal, Pop.

Ideas, inspiration, confrontation – think of playing together as akin to feeding fish in reverse. Before a piece can come out of the water there is an immense bustling turmoil. It takes a firm hand to grab and hold on to those ideas, so you can pull them from the water in one smooth movement. Besides the tendency to make things round, sound and perfect, making music remains, after all, rather a mêlée than a mélange.

Alerusjon is a Trio project by Latvian-Azerbaidjanian-Russian accordionist Rustams Bagirovs, and the German guitarist Alexander Thinius and violinist Jonas Liesenfeld. Playing together since summer 2013, Alerusjon is performing music as a Playing Together – different people with different biographies and goals share what they love, have and want, limited and inspired by a basic composition. ... more

Bandcamp Daily  your guide to the world of Bandcamp

Featuring Plunky of Oneness of Juju and Coldcut & the Keleketla! crew.